skip to main | skip to sidebar

My weekend in Omaha 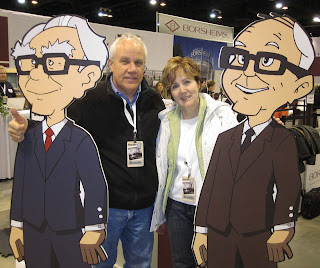 John and I were invited guests of John's brother Kent and his wife Patti to go to the Berkshire Hathaway annual meeting in Omaha this last weekend.  We have always wanted to hear Warren Buffet speak and we definitely were not disappointed.   He and vice chairman Charlie Munger answered questions for about 5 hours.  It was so interesting and entertaining.


There were only about 35,000 others attending!  There were TV screens everywhere so we all had a good seat. 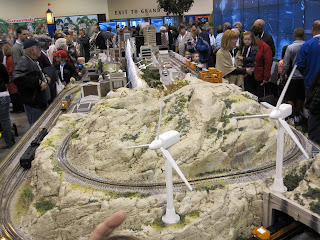 You could take a break from the meeting and go check out company booths that Berkshire Hathaway owns.  The Burlington Northern booth had a great model train set going. 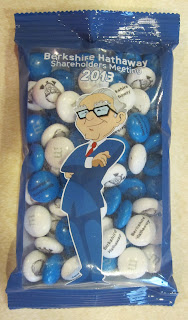 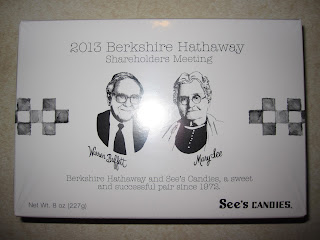 I enjoyed checking out the See's Candy Booth!  At the Fruit of the Loom booth you could buy boxers or a tie with Warren Buffets face on them.  You could also take a photo with the fruit guys.
Everyone was walking around with Dilly Bars because they own Dairy Queen too. 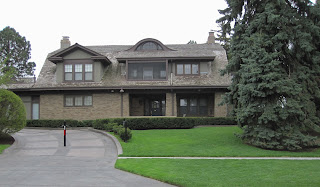 We drove by Warren Buffets home.  It is a beautiful home but very modest for the fourth wealthiest man in the world.  Only 24 people work in the office building that runs Berkshire Hathaway.  They own all these diverse companies but they let the companies run themselves.

I made this for the clinic staff last night.  I heard they really liked it!!  It got five stars. *****

Amy Bradley
Lawrence, Kansas
Amy has been quilting for over twenty years. She has a fine arts and graphic design background. Amy designs quilting patterns and gift items available in quilt shops.